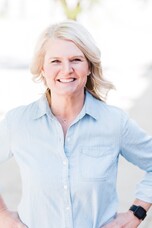 Melissa “Mel” Hatfield, Pastor of Youth and Missions
Melissa has served on staff at First Baptist Church since January 2000. ”Mel” is a native of Jefferson City. She attended Southwest Baptist University in Bolivar, Missouri and graduated in 1995 with a B.A. in Social Science/Spanish Education. She earned a Masters of Education in Counseling from Lincoln University in 2000. Melissa worked for the Jefferson City Public School District from 1995 – 2000 as a high school history teacher and as a counselor for at-risk high school students.